We offer several services to easily help you
manage your business.

The 2553 Form, known as the sub chapter S election, is required to be filed with the IRS to get S-Corporation status for purposes of federal taxation. Filing this Form with the IRS is used to convert a C-Corporation into an S-Corporation. If you elect for us to form an s-corporation on your behalf we will prepare the form 2553 and deliver it to you with your filed Articles of Incorporation. The form will designate where each of the shareholders and or officers of the corporation are required to sign. An addendum page is included with the Form 2553 that will provide the FAX number of the appropriate IRS office where the Form 2553 will need to be delivered to in order to receive the small business tax election status from the IRS. Within a couple of weeks a confirmation should be received from the IRS confirming that the the 2553 has been received and that the S Corporation tax election has been granted.

What is the “S Corporation Deadline?”

If the S-Corporation electing is filed more than 75 days after the above listed items then the S-Corporation status would still be elected, but it would not go into effect until the beginning of the next calendar year.

Who Will Typically Elect the S Corporation Status?

Typically entrepreneurs will select the S-Corporation as the entity of choice for the following reasons:

Upon receiving a request to file an Annual Report we verify entity status to ensure it is in good standing. The next step is to prepare and file report with the governing state agency. The client will be mailed a copy of the filed report when it is returned from the state. 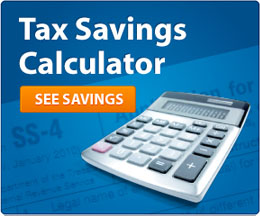 The majority of states requires that companies file periodic reports that affirm the current information of the companies members, directors and or business address.

Filed if a company requires changes to membership, addresses or company name.

Required by governmental and private agencies to validate a companies status in order to facilitate specified transactions.

Used to formally terminate the existence of a entity.

Use to update the registered agent on file with the state of formation.

Filed when you need to expand your entity to new states.

All Corporations are required to maintain a "corporate minute book" that holds things like the formation paperwork, licenses, resolutions and meeting minutes. It is one of the first things requested when your company is audited or being sold.

An EIN is required to open a bank account, file taxes and submit payroll taxes.